Also a great thing that they were running a real train at those speeds. Not just a one car record run.

It does seem odd to be doing this at night. I understand the scheduling problems but the whole point of steam excursions is see the thing. This feels like submarine races. Not a big spectator event.
If you think you are too small to make a difference, try sleeping with a mosquito.
Dalai Lama
Top

Lopez Mike wrote: It does seem odd to be doing this at night. I understand the scheduling problems but the whole point of steam excursions is see the thing. This feels like submarine races. Not a big spectator event.

The run wasn't quite a secret Mike, but members of the A1 society were asked to keep it quiet, and there was certainly no warning of the run in the press. The problem is amateur photographers, who in recent years have often strayed onto the track in significant numbers and caused a line shutdown.

Tornado has about a mile of wiring in total: much the same as any modern locomotive, and all the lighting is by LEDs to keep the electrical load down. Even so, the power distribution board looks like it would be fit for a small factory! There was some argument about lighting the valve gear (originally purported to be so that the crew could walk along the running plate and check things: Oh yeah!), but it's caused so much positive comment that I think it's there to stay now.

Hand firing really isn't a problem in the UK, and although various automatic feeders were tested and used over many years, the railway companies were fiercely competitive and very strict on cost-benefit, and they weren't generally economically viable. The big Beyer-Garratt articulated locomotives were the main exception to that, and some had rotary drum tenders. This is partly a result of UK coal quality, which is much easier to shovel than most US coal (the occasional comments of the few firemen who went to the US pre WW2 on the coal quality are definitely unprintable), and also because very few runs in the UK are much over 100 miles. London to Edinburgh is an exception at 400 miles, and non-stop trains had a sort of "crawl-way" through the tender to the first coach, so that crews could change over half way. Tornado's water tanks are wedge shaped and under the coal, so that it mostly comes forward under gravity, and I'm not sure there's a pusher. The coal capacity is only 7.5 tons, down from 9 tons in the original, though water capacity has been increased a bit to 6,200 imperial gallons given that all the water troughs for pickup at speed were removed half a century ago, and most water cranes removed from stations and depots.
Top

I'm sadly ignorant of U.K. running practices. Wasn't there a period of history when the locos didn't have headlights as few of the road crossings were at grade?

For most of my life, a non-level crossing has been the exception here in the U.S. and even with automatic arms on most high speed crossings the carnage has been historically a disgrace. It seems as though a year doesn't pass without a school bus or fuel tank truck doesn't decide to evade the crossing arms and get nailed.

The entire U.S. system was built on a shoe string economically mostly due to the rapid growth and long distances. It has never fully recovered. It is only in very recent times that we have started to change over from wood ties (sleepers) to concrete.

Enormous trains and locomotives we have. Responsible and far seeing planning, not so good.
If you think you are too small to make a difference, try sleeping with a mosquito.
Dalai Lama
Top

That is a great story about your father, he must've been a man.

Over at the Henry Ford Museum they have an Allegheny Locomotive on display. What a monstrosity that thing is. They allow people up in the cab, I stood at the controls and looked down the boiler to the front, I can't imagine running that engine at full speed. All that can be seen looking to the front is the side of the boiler. It has an auger feed and the coal is sprayed in by a jet of steam. That engineer must have been walking the fine line between bravery and insanity.

Speaking of trains in the US, they need to figure out some way to make them mainstream again for moving freight. There are simply too many trucks on the road here in the midwest. 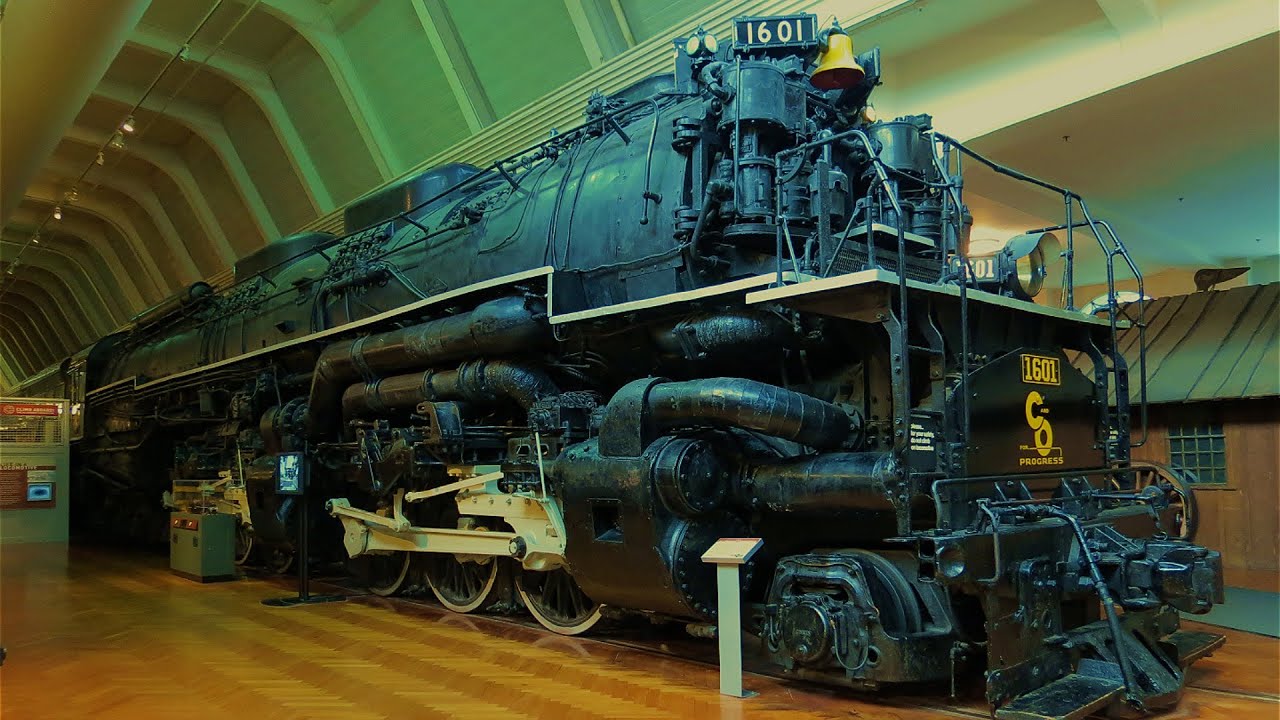 Many of you are familiar with this. Sorry.

The distances and economics of transportation in the U.S. before large trucks and interstate highways changed things somewhat, led to larger trains and higher speeds. Especially in the Western half of the nation.

It got to the point where the larger and more economical locomotives weighed 1,250,000 lbs (including tender) and were comfortable running at 50 to 60 mph with mile+ long trains weighing 5000 to 10,000 tons. The weight of a medium sized ship. The design of freight locomotives converged on a 4-8-8-4 wheel arrangement. Very few compounds running at speed. Topping out above 6000 h.p.
https://en.wikipedia.org/wiki/Union_Pacific_Big_Boy

Passenger service definitely converged on a common engine design. Sort of like square rigged ships at their height. Towards the end of service it was hard to find anything but 4-8-4 simple two cylinder locos. Typical is the surviving Union Pacific 844 developing 4500 h.p. and capable of doing so to beyond the speed that our current lamentable trackage might handle. https://en.wikipedia.org/wiki/Union_Pacific_844

By european standards these were not sophisticated designs. Well developed but with one exception there were no locos with more than two cylinders per engine. I assume the complications of British and european machinery was driven by higher fuel costs. I'm fascinated by the four cylinder engines though I would not care to service those inside cylinders.

By any reasonable marine standards modern locomotives run at ridiculous power densities and R.P.M. When you can't make it any higher or wider due to tunnels, bridges and such and you reach the limit of length using articulation, things get intense. I have personally watched the coal bed on the 844 being levitated on the draft at speed. And these lumps of coal were not ground up.
If you think you are too small to make a difference, try sleeping with a mosquito.
Dalai Lama
Top

In the fall I was in Europe, especially in Hungary since that's where my fathers family came from.

I went to the Hungarian Railway History Park ( http://www.vasuttortenetipark.hu/en ) and was amazed because almost all of locomotives were compounds. As an American I didn't realize these arrangements were popular in locomotives...

Compounds became common in Europe because the cost of fuel increased there first. If the modern I.C. locomotive hadn't come along we here in the U.S. would have gone that route too.

Pretty much the next to the last gasp of big steam was in the U.S. The last gasp was in China. lots of cheap coal.

Compounding a locomotive where you are throwing away so much energy by not condensing and other rather lossy practices don't produce the gains in efficiency that marine installations yielded for ages.

For the last of American 'Superpower' locomotives, power was more important than efficiency. "Get that big train moving fast."
If you think you are too small to make a difference, try sleeping with a mosquito.
Dalai Lama
Top
Post Reply
17 posts